be where you are

“I wish I was home already”.

This was a vague, shadow of a thought I had while walking home from yoga class one day this summer. I was not having an off-day nor did I have anything pressing at home that needed my attention. In fact, I was the right in the middle of an absolutely splendid summer of rest and rejuvenation.

At that moment, I simply wanted to be further along the path than I was.

A few weeks later, the path led me down a busy city street of colourful sights and sounds in Santiago, Chile. 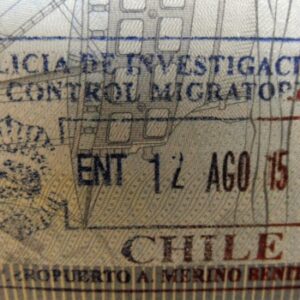 This time, the thought was a little louder and much clearer than before.

“I wish I had a change of clothes”.

This, after the implementation of quickly-laid travel plans, sitting and sleeping through a smooth flight and enjoying a certain underlying thrill of an unexpected, first-time trip to South America.  I was surrounded by abundance.  But clearly abundance wasn’t enough for me.  I wanted to be on this adventurous path wearing different clothes than the ones I’d had on for three days.

In each case, I was distracted from where I was and what I was doing by the thought of where I could be and what I could be doing.

Putting the present moment on hold.

The present moment is literally as close as my next inhale and exhale.  So why would I want to be anywhere else than where I am?

Even when the path underfoot is pebbled with the grayness of boredom or obstacles to step over, why choose to wish time away?

Right here, right now is closer than you think.

And is not found in wishes.

And it is good.

a year of harmonic thinking